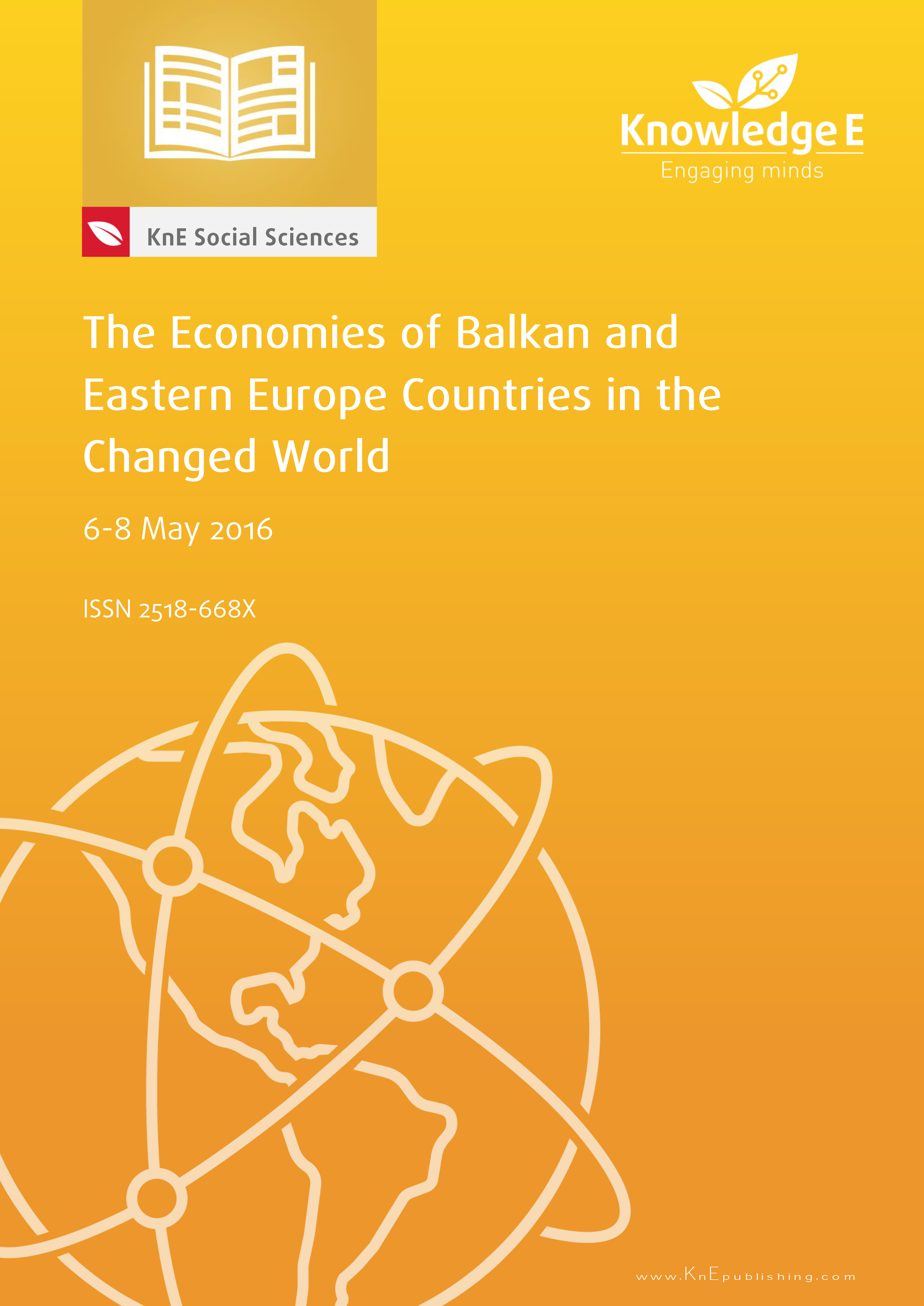 The economies of Balkans and Eastern Europe countries have almost completed a course of two decades with significant changes in their characteristics and their adaptation in the new economic environment. This course has foregrounded significant difficulties, highlighted particular problems that the countries of a particular region face, and it has led to different sates and patterns of growth and enhancement of the economies.

The objective of the conference: The objective of the conference was to discuss and evaluate the results of the economic policies that have been applied during the last two decades, to suspend the prospect challenges, and to investigate the policies in the sector of economy, which are considered necessary, so that the countries to be integrated get as much benefit as possible.

Indexing: EBEEC Conference Proceedings are indexed in Web of Science (by Clarivate Analytics, formerly Thomson Reuters and ISI) as of 29 December 2017.

Slovene Management Education In The Changed World Through Appreciative Inquiry

Local Fiscal Optimality In Fyrom – The Case Of Municipality Of Tetovo

When is blockholding growth enhanced?

The Effectiveness Of The E-Learning Application: Impact Assessment Of The Quality

The Myth of the Positive Impact of Asymetric Economic Interdependence on National Security. The Case of the Sino-Japanese Conflict

Determinants Of The Trade Balance In The Turkish Economy

Does a Venture Capital Market Exist in the Countries of Former Yugoslavia?

Role And Importance Of Fanpage In Promotion Of Products And Services

Governance Innovation and entrepreneurship in Greek local government: Towards the limits of Europeanization?

Adult Education Policies In Eu: In-Depth Insight On Their Contribution To Social Cohesion

Organizational Capacity for Export Activities: How Important it is to Accomplish Positive Business Results?

Migration and International Division Of Labor

Awareness Of Smes On The Eu Funds Financing Possibilities: The Case Of Split-Dalmatia County

The Role Of Institutions In Attracting Foreign Direct Investments

The Impact Of Mobile Commerce In Kavala

The Problem of Capacity Management in Greek Public Hospitals

A Statistical Analysis of e-commerce in Greece: The Case of Young People in Central Macedonia